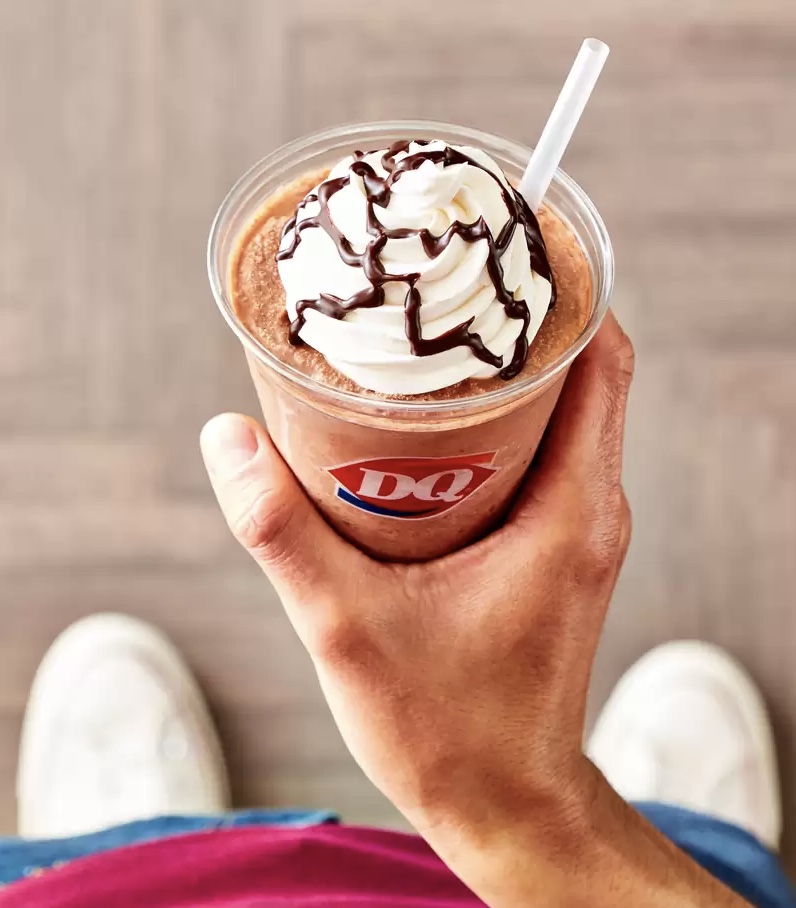 The imminent arrival of winter should have you changing up dessert plans. We’re moving from ice cream cone season into hot chocolate season. Dairy Queen, which knows a bit about frozen treats, is tweaking its menu to recognize the change in seasons. Though, it is not quite abiding by the spirit of the change. You’re getting the hot chocolate, but it’s not really going to be hot. Dairy Queen is bringing back the frozen hot chocolate. The Blizzard chain says that the frozen cocoa snack has been requested repeatedly by fans. It has decided to listen to the will of the ice cream-loving people by putting it back on the menu. The chilly cocoa mixes a “rich cocoa fudge” with its familiar vanilla soft serve. The treat is finished with whipped topping and a drizzle of chocolate syrup. The drink is available now at select locations around the country.