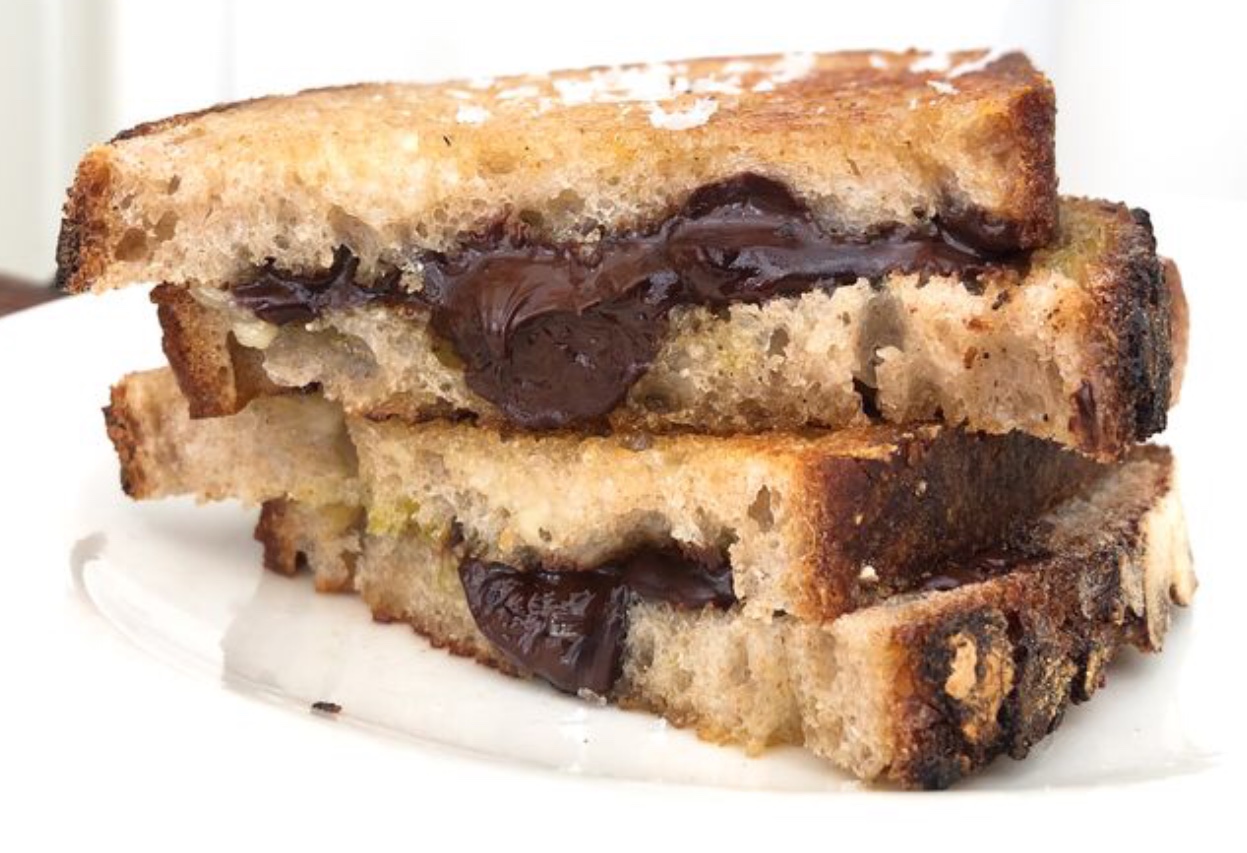 The following recipe is adapted from Kitchen Remix. It’s a bit messy on your work surface—be warned—but worth the cleanup.
Serves 4

Directions:
In a small bowl, combine the mayonnaise and brown sugar. Arrange the bread slices on a work surface and spread the tops with the sweetened mayonnaise, to coat. Flip the slices over and brush the other sides with olive oil. Divide the chocolate among four bread slices, drizzle with a bit more olive oil, and sprinkle with a pinch of salt. Cover the four chocolate-topped bread slices with the remaining slices, oil-side down.

Transfer the finished sandwiches to a plate, wipe the pan clean, and cook the remaining sandwiches the same way. Let the sandwiches cool for a couple of minutes before cutting them in half and serving hot.